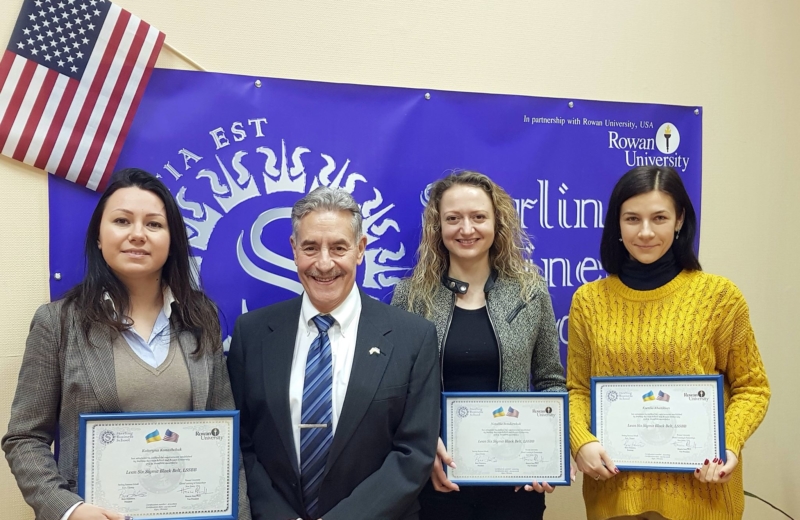 Lean Six Sigma is the premier process improvement and quality methodology present in the modern business world. Lean Six Sigma has been promoted and scientifically refined by such successful companies as Motorola, General Electric and even the United States Army. Additionally, Lean Six Sigma has incorporated into is methodology the quality principles of the Toyota Production System, characterized by the systematic elimination of waste in all elements of business.

Sterling Business School, now in its 12th year of operations in Ukraine and the former Soviet Union, has previously trained and certified many black belt levels. But one of the candidates have been female until now. With this group of senior managers from a leader in industrial farming, AgroGeneration, three of the five new black belts will be the first female recipients of the certification in Ukraine.

International certification for Lean Six Sigma follows on a karate-based system of levels of attainment starting with a White Belt, increasing in level of difficulty and process improvement assessment through Yellow Belt, Green Belt and, finall,y the top level certification, Black Belt.